Research project on the digital generation: experts meet during kick-off in Oslo 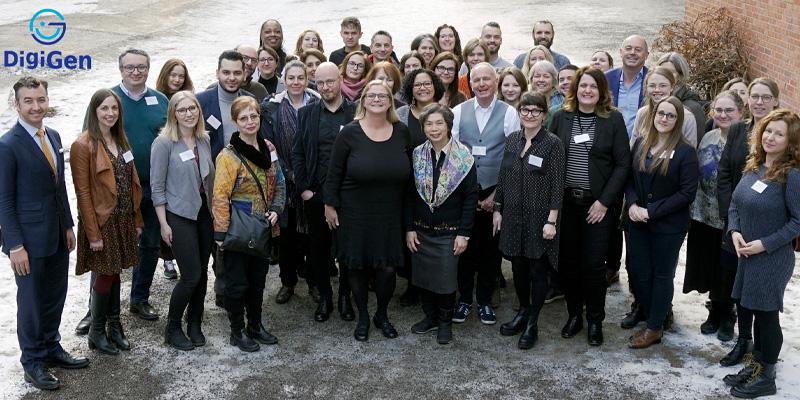 Since the beginning of this year, a large-scale European research project has been examining how children and adolescents use technological transformations in their everyday lives and how they are influenced by them. At the beginning of February, there was a kick-off meeting of the project partners in Oslo. Over 40 participants, including academics, national and international stakeholders and representatives of civil society organizations, came together to coordinate the work in the individual sub-projects. Prof. Dr. Birgit Eickelmann, Dr. Kerstin Drossel and Gianna Casamassima attended the meeting as representatives of the University of Paderborn together with Jacob Chammon from the Forum Bildung Digitalisierung e. V. as one of the German national stakeholders.

Experts from nine European countries are currently working on the project “The Impact of Technological Transformations on the Digital Generation (DigiGen)”, which is funded by the European Commission under the “Horizon 2020 Program” with a budget of around three million euros. In Oslo, the project partners now agreed to continuously provide work results in the form of publicly accessible open access formats. In addition, there should be a meeting in each partner country in the course of the project, in which all actors come together. For example, one of the central consortium meetings at the University of Paderborn will take place in the summer of 2021. The final conference, however, will be held in Brussels at the end of 2022.

The aim of the overall European project is to develop an understanding of how and why some of the children and young people benefit from the use of digital media, while others seem to be negatively affected. Eickelmann, who as head of the sub-project “ICT in / and education” deals with information and communication technology in the field of education: “The challenge of shaping the future of adolescents and shaping social developments brought representatives of the European project countries and an international advisory committee together at the kick-off meeting of the DigiGen project. Learning from each other and doing research together will make a significant contribution to formulating visions and treading paths in the digital society – from which everyone can benefit. “

In addition to the scientists, national and international stakeholders were also present in Oslo, who will use their expertise and networks to ensure that the results are used socially and politically within the project. For Germany, product and project manager Jacob Chammon from Forum Bildung Digitalisierung e. V. participated in the kick-off meeting. Chammon: “The cooperation between European universities and national stakeholders gives us a great opportunity to benefit from results and learnings from across the EU for education in Germany. It will be very exciting to follow the research over the next three years, and I hope to gain a greater understanding of the influences of new media in the world of children and adolescents. We as partners will report in the course of the process and incorporate the new findings into our work.”

This website uses cookies to improve your experience while you navigate through the website. Out of these, the cookies that are categorized as necessary are stored on your browser as they are essential for the working of basic functionalities of the website. We also use third-party cookies that help us analyze and understand how you use this website. These cookies will be stored in your browser only with your consent. You also have the option to opt-out of these cookies. But opting out of some of these cookies may affect your browsing experience.
Necessary Always Enabled
Necessary cookies are absolutely essential for the website to function properly. This category only includes cookies that ensures basic functionalities and security features of the website. These cookies do not store any personal information.
Non-necessary
Any cookies that may not be particularly necessary for the website to function and is used specifically to collect user personal data via analytics, ads, other embedded contents are termed as non-necessary cookies. It is mandatory to procure user consent prior to running these cookies on your website.
SAVE & ACCEPT